Here are Ian and Margaret Scott, who had just finished their relay leg, with Ivy Grant and her son Richard, who were just about to start.  Ian, Margaret and Ivy all took part in the  famous 1977 Ladies versus Men Football Match that was held in Manning’s Pit at the Queen’s Silver Jubilee celebrations.

Forty three years later, they met up again to take part in our Walking Relay. Ian is a former Mayor of Barnstaple and his drawing of The Old Stone Bridge (see below) in the fields was used to raise money as a print earlier in our campaign (some still for sale, by the way.) In fact, Ian, Margaret and Ivy have met many times since 1977 of course, and walk regularly in Manning’s Pit.  We were very impressed by their fitness as well! 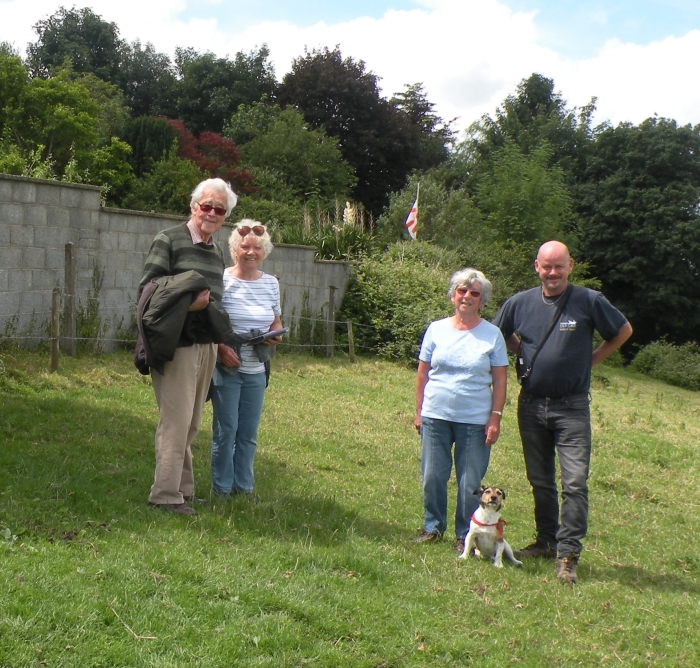 Ian Scott’s drawing of the Old Stone Bridge.  He had walked across it during the relay, before the above photo was taken. 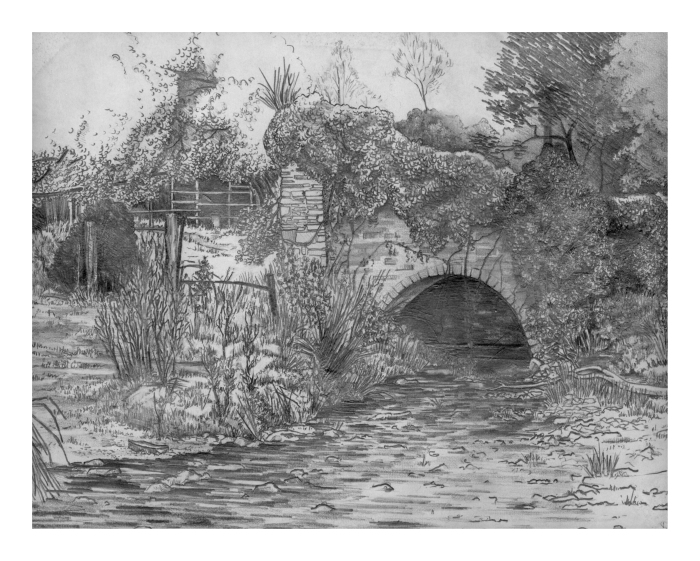 Finally, don’t forget, if you want to help us Buy Manning’s Pit to keep it safe for the local community, so that some of us can meet up again in forty three years time, to do another relay perhaps…  you can find out how to donate from our website:  www.manningspit.com